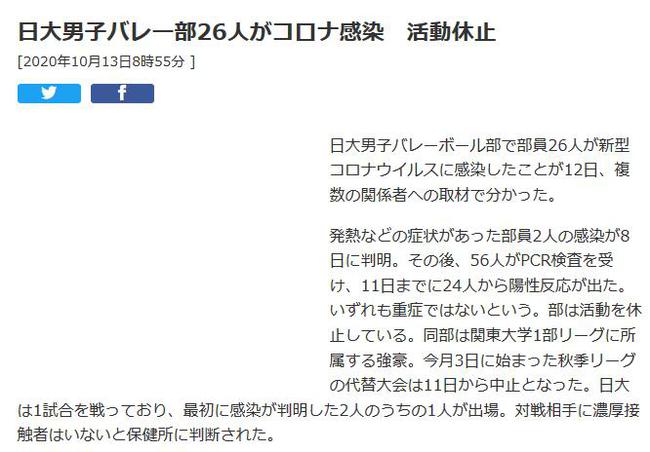 Nihon University is a private university located in Chiyoda-ku, central Tokyo, with more than 70,000 students. According to reports, the first player to be diagnosed had participated in a college league game on October 3, but the local health department said that the opposing team has not found anyone infected.

According to statistics, Japan added about 500 new confirmed cases every day for multiple days last week. As of the 10th, Tokyo had more than 200 new confirmed cases for 3 consecutive days, and 146 new confirmed cases were confirmed in Tokyo on the 11th. However, the social order in Japan tends to calm down, and the impact of the epidemic on daily life is getting smaller and smaller. In particular, the participation of young people in social activities tends to be active, so the new infections are also mostly young. (Finish)